While I thought volume 1 was pretty darn good, volume 2 was a hundred percent up my alley. The action scenes had me (gently) throwing my cat off my lap in excitement.

The emotional scenes almost had me crying. The humour made me laugh out loud. 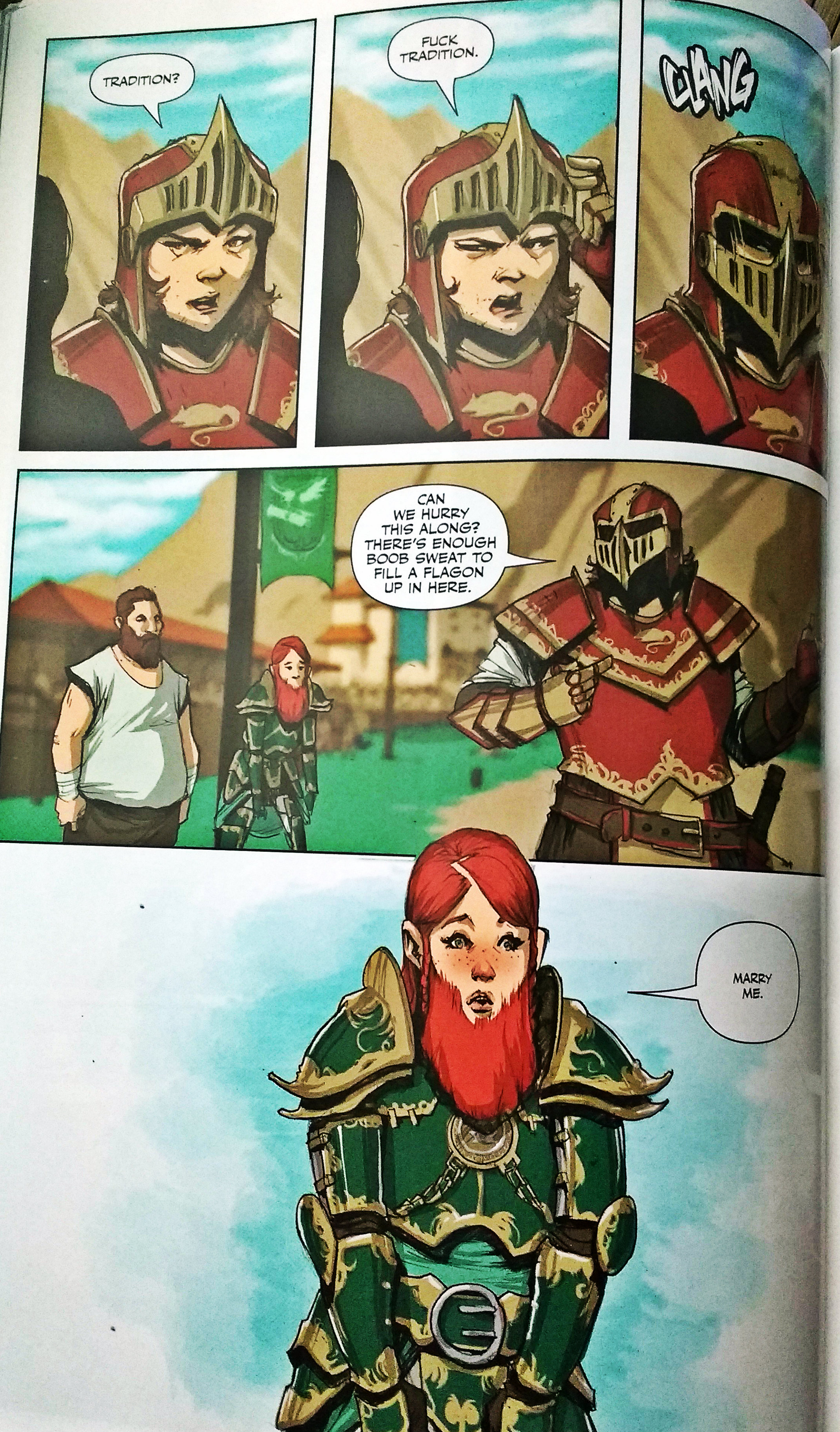 It was really nice to get to know the girls' background stories a little better. I now understand a little more about how Hannah came to be the foul-mouthed grumpypants she is today. There wasn't any background story on Betty, but I'm sure we can read a bit more about her in the next volume (which will be coming out this April and is definitely going on my pre-order list!).

The graphics and the overall atmosphere were a little darker than the first one, but me likey! The attention to detail is amazing. I honestly don't know what else to say about this one apart from it being totally awesome.

A fair warning, though: this series contains a lot of swearing and violence. Sometimes the swearing became even a little bit too much for me, which says a lot, really. There's a thing called passionate swearing and another thing called redundant swearing, which is when you're doing it in practically every sentence. It came very close to the latter one in this book. Also, unlike in the first volume, there were some sex scenes which aren't anywhere close to hentai scenes or anything, yet, there's still quite a bit of T&A going on in this one. My first reaction was "WHOA!" because I wasn't expecting boobs being thrown into my face all of a sudden, but other than that, it didn't bother me at all. I'm giving it 5 brownies and a firm recommendation if you're into this kind of thing!

Links to the book: